Founded over 50 years ago on the banks of the Au Sable River near Grayling, Mich., the 16 fishermen who gathered at the home of George Griffith were united by their love of trout fishing, and by their growing disgust with the state‘s practice of stocking its waters with "cookie cutter trout" — catchable-sized hatchery fish. Convinced that Michigan‘s trout streams could turn out a far superior fish if left to their own devices, the anglers formed a new organization: Trout, Unlimited (the comma was dropped a few years later).

From the beginning, TU was guided by the principle that if we "take care of the fish, then the fishing will take care of itself." That principle was grounded in science. "One of our most important objectives is to develop programs and recommendations based on the very best information and thinking available," said TU‘s first president, Dr. Casey E. Westell Jr., "In all matters of trout management, we want to know that we are substantially correct, both morally and biologically."

In 1962-63, TU prepared its first policy statement on wild trout, and persuaded the Michigan Department of Natural Resources to discard "put-and- take" trout stocking and start managing for wild trout and healthy habitat. On the heels of that success, anglers quickly founded TU chapters in Illinois, Wisconsin, New York and Pennsylvania.

TU won its first national campaign in 1965: stopping the construction of the Reichle dam on Montana‘s Big Hole River. Five years later, TU helped secure a ban on high-seas fishing for Atlantic salmon. And in 1971, TU took legal action to protect the last free-flowing stretch of the Little Tennessee River. Perhaps one of the most significant early applications of the Endangered Species Act, the action stopped the Tellico dam, but only temporarily: an eleventh-hour congressional appropriations rider later doomed TU‘s victory.

In 1979 TU‘s headquarters moved to Washington, D.C., where it remains today. Driven by a powerful and dedicated grassroots network, TU is meeting the challenges of coldwater conservation and protecting our rivers and fisheries for generations to come. There are now over 160 TU staff in 22 states and more than 400 across the U.S.

Welcome to our website. We look forward to seeing you at one of our upcoming events!

Learn about our Trout in the Classroom Program. 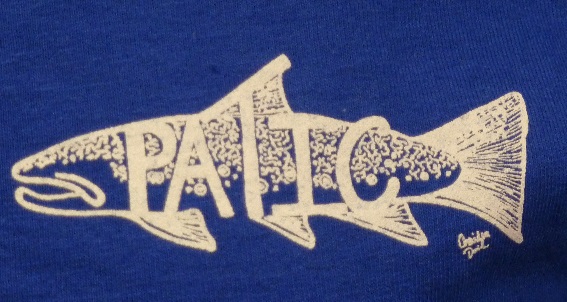